Nu is full of life and vigor.
She is also fearless and loves to live dangerously.
She's even capable of making the lowly Hippo wild and crazy. 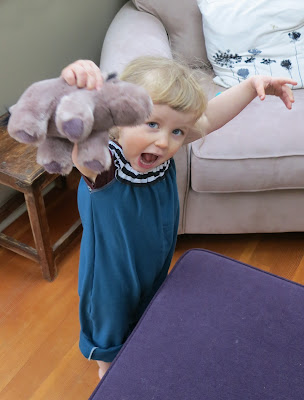 In the past I've written about bubble wrapping
my death- defying leaping middle child.
I've even gone so far as literally
padding her head. 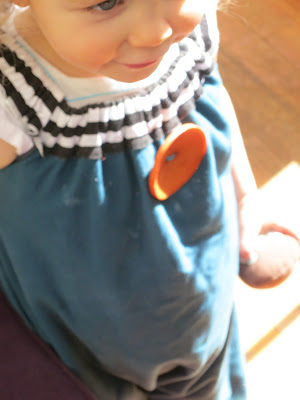 Well, she also has exema
and is not one to calmly surrender
to the band aid or the cream
that protects her ouchy spots. 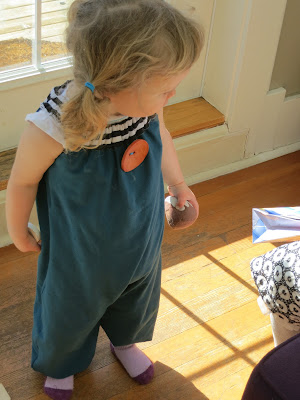 She lifts up her shirt and rips her bandaid off,
or absent mindly itches away.
This week she broke the skin for the first time.
Ouch.
By the time a kid is 2, most clothing companies have decided
a 'romper' is not dignified enough for anyone older.
Or, that's my take on it.
So I made her one so she couldn't access her ouch. 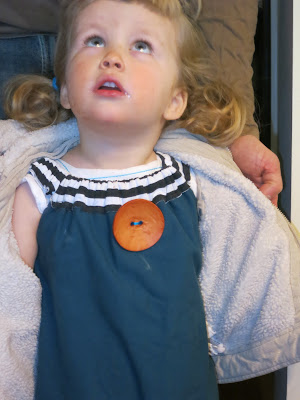 It's already covered in food.
(As it should be,
'cause life tastes good to this one). 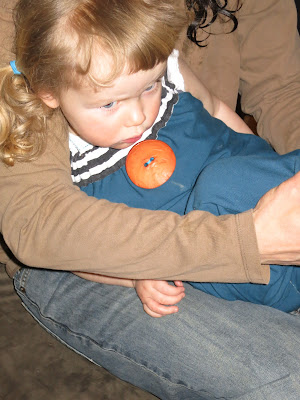 It's impossible for her to rip off,
which protects her patch, but confounds her mind. 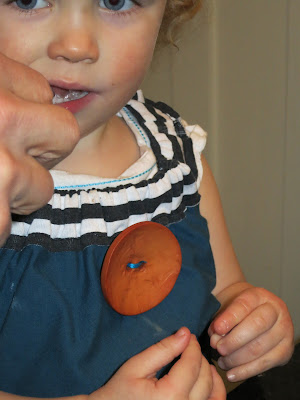 It sports a gigantic orange button on it
which we have told her is a sunshine button.
Ten bucks says she's ripped it off by tomorrow. 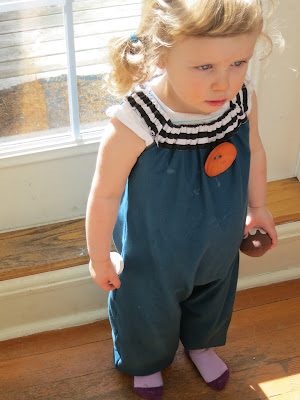 It's good for plotting her big sisters undoing.
Leaping, climbing, falling down and mostly...
good for a mom who wants to wrap her in a soft jersey life.
﻿
Posted by MacGyver's Lovechild at 1:46 PM