A pox on hat's! Up with bonnets!

My short people eschew
the traditional head dress.
I have tried hats of all sorts
and without crazy glue
Velcro and duct tape attachments
they are flung
far and further wide, also afield.
But here comes the bonnet!﻿ 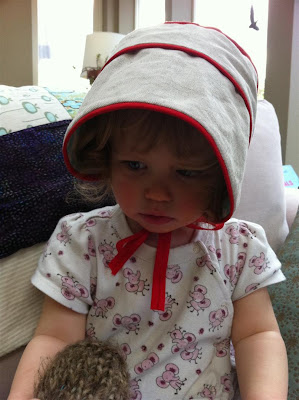 Still a little grim about the head gear concept. 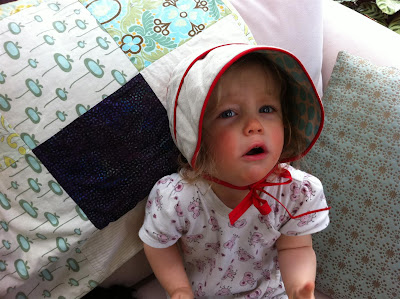 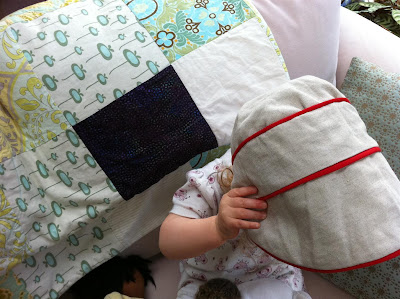 The cuteness is high but the mitts are working hard
to disengage the new bonnet. 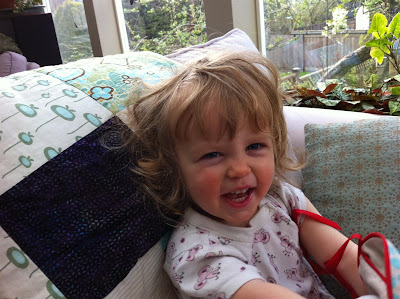 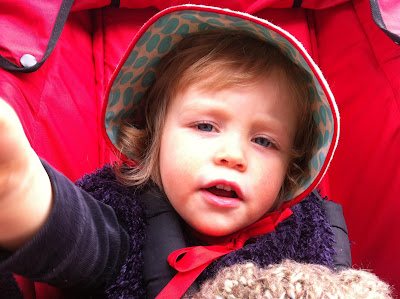 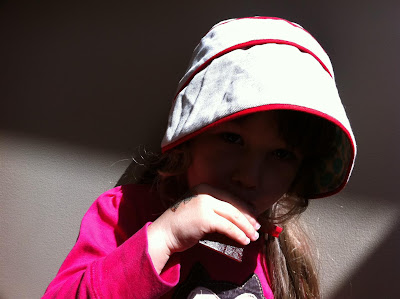 Even the big sister who is just learning to befriend
the hat in its many forms, was a fan. 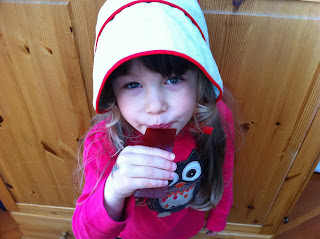 She requested red on the outside and purple on the inside.
Who could refuse such a request?
Posted by MacGyver's Lovechild at 5:46 PM