I am playing along with Katy from
nobigdill.com as she
Sews through the 26 letters of the alphabet
This week's stitches are inspired by the letter "O". 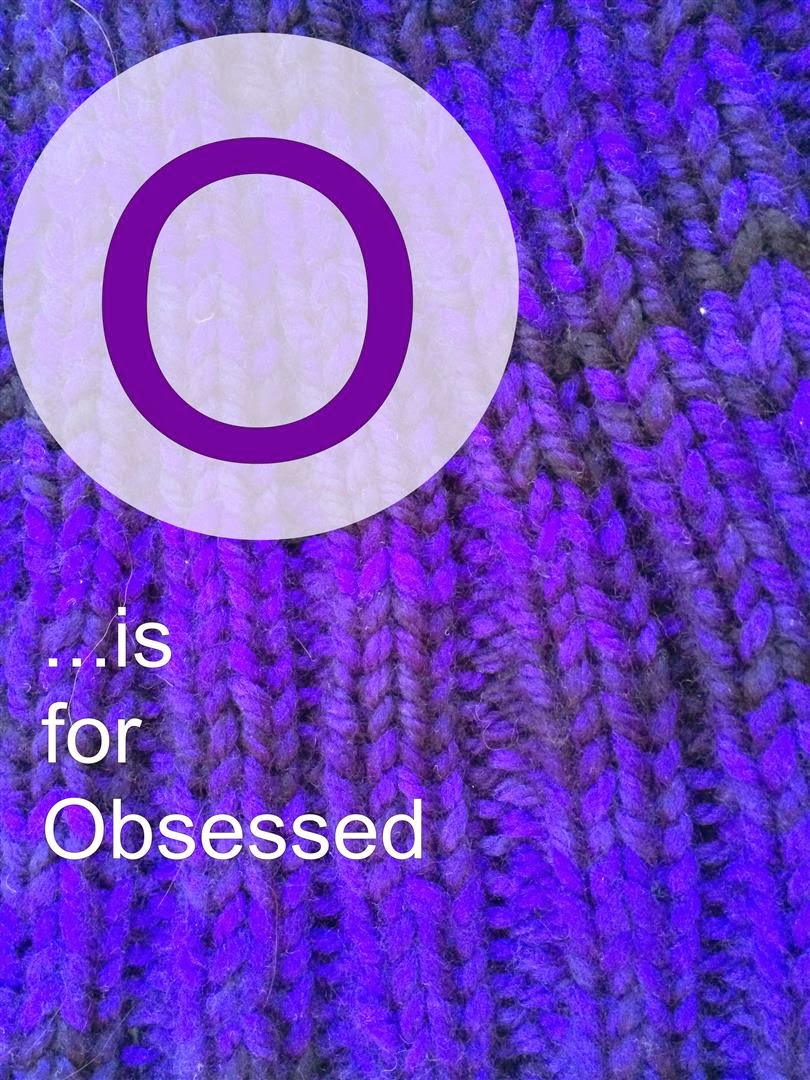 I guess this is the season for wool.
I miss my sewing machine,
however, it's also the season of sick kids.
My middle one has what sounded like
Olden Times Sick to me
Scarlet Fever.
Yeesh!
And so I've been knitting hats.
And tending to the Littles. 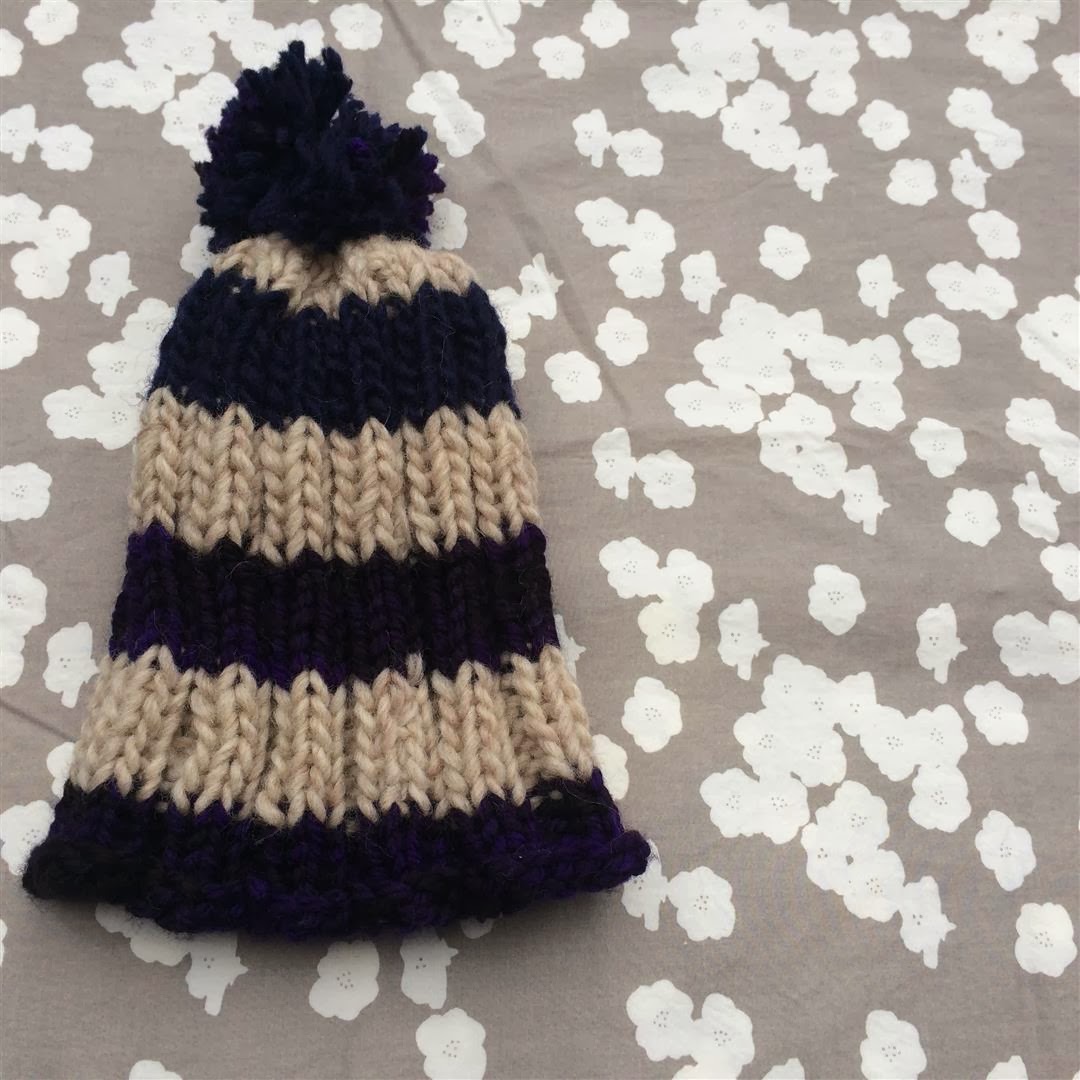 Little hats, for the Little Ones. 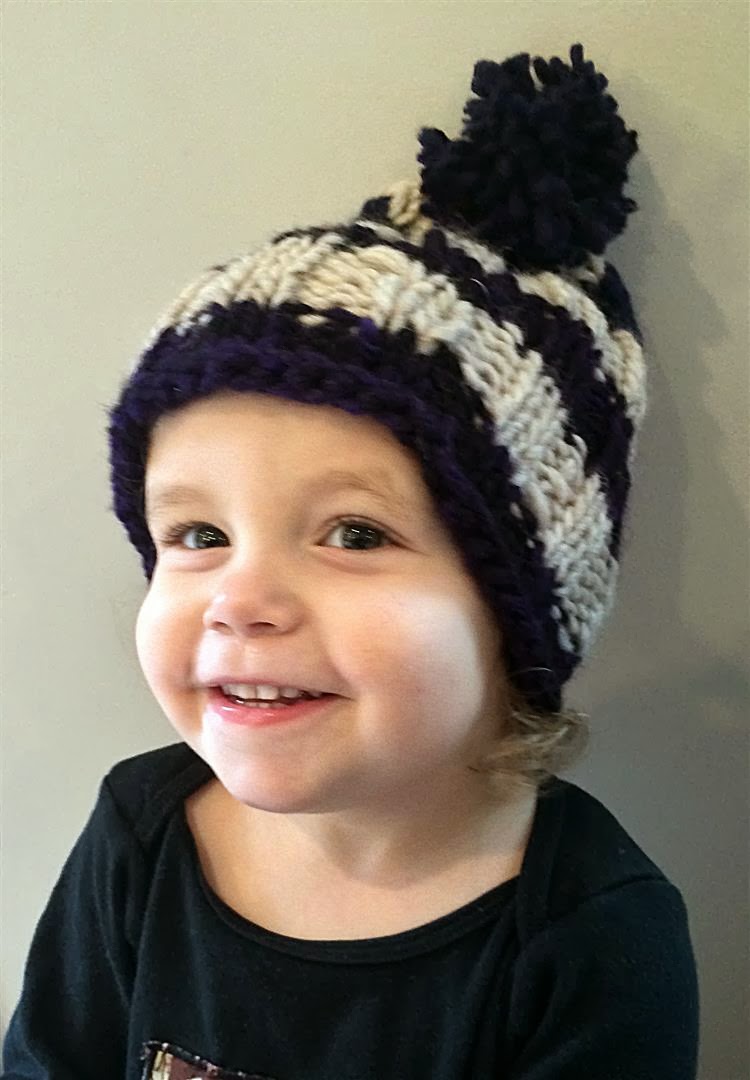 Bigger hats for the bigger ones. 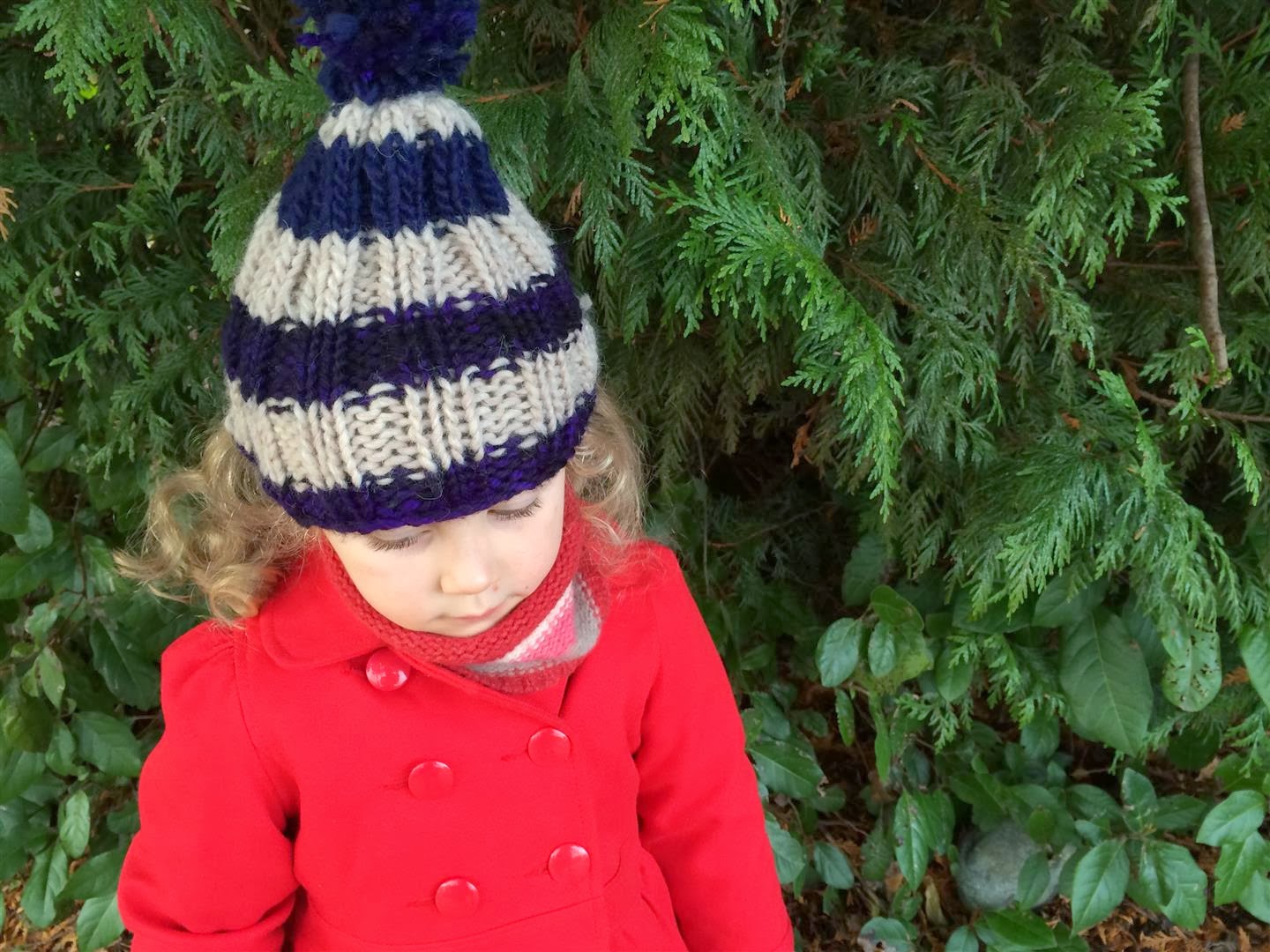 And even the dude in the family finally gets to
profit from my stitches. 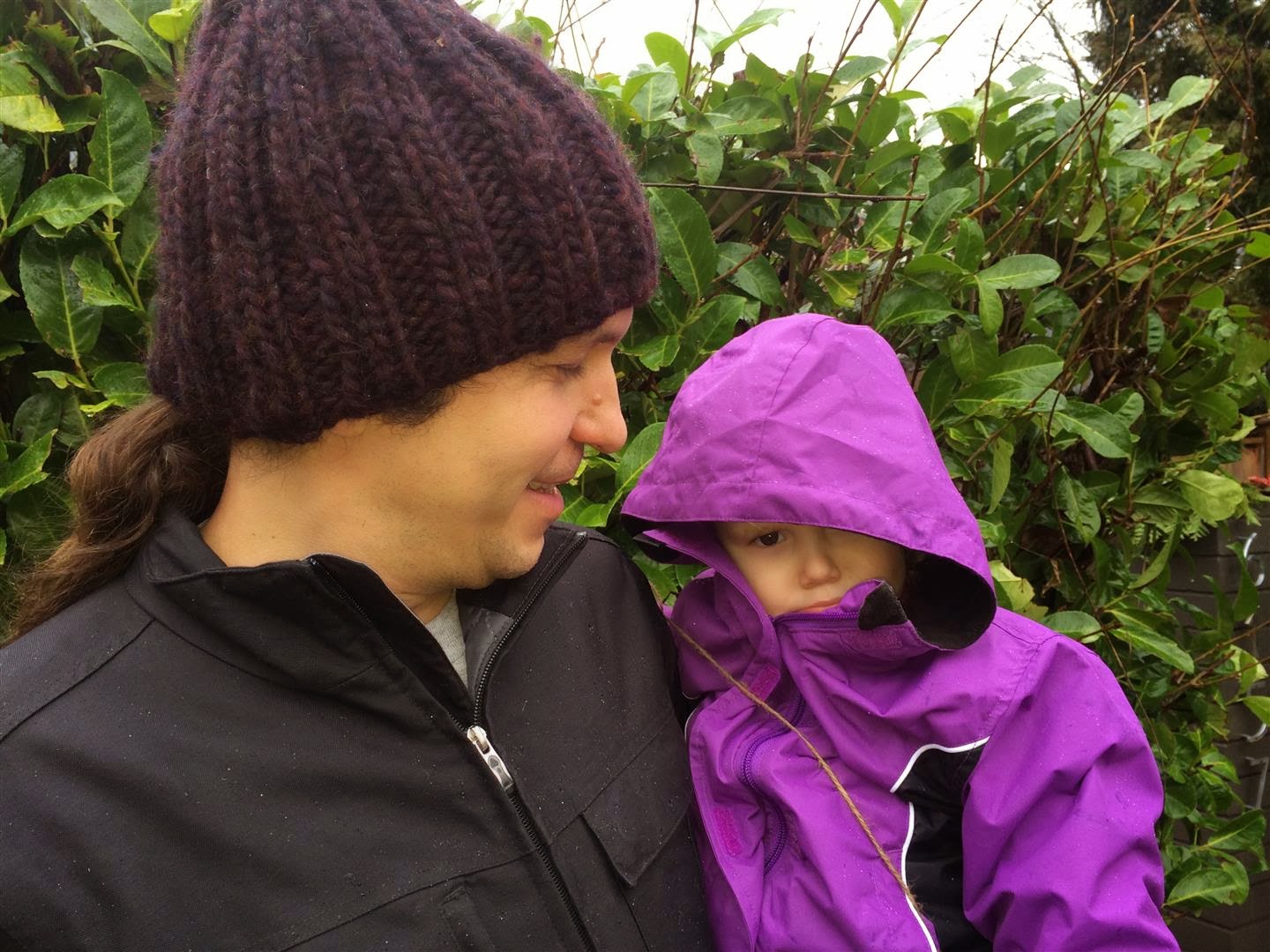 (Note Giant Stink-face on the littlest Little)
Though I use the word 'profit' dubiously.
I made lots of hats using Shannon's great pattern 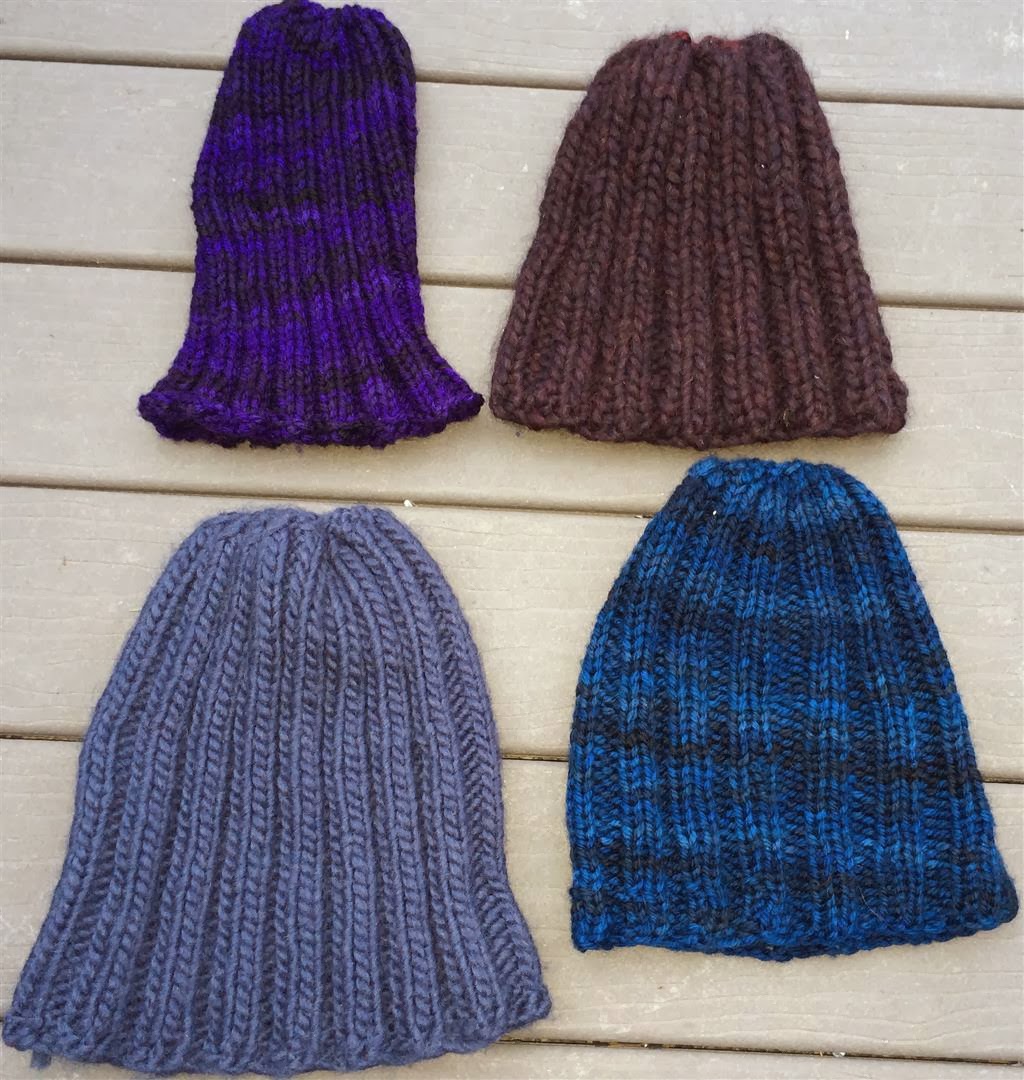 And, as is my way, I played with it a little
trying to find the perfect
slouch to snug ratio.
They look pretty cute on,
(though this chick needs, sleep and lipstick) but off, they remind me of Fat Albert's buddy
Dumb Donald.
The Sweetie said the same!
So I switched my hat/stitch obsession over to crochet. 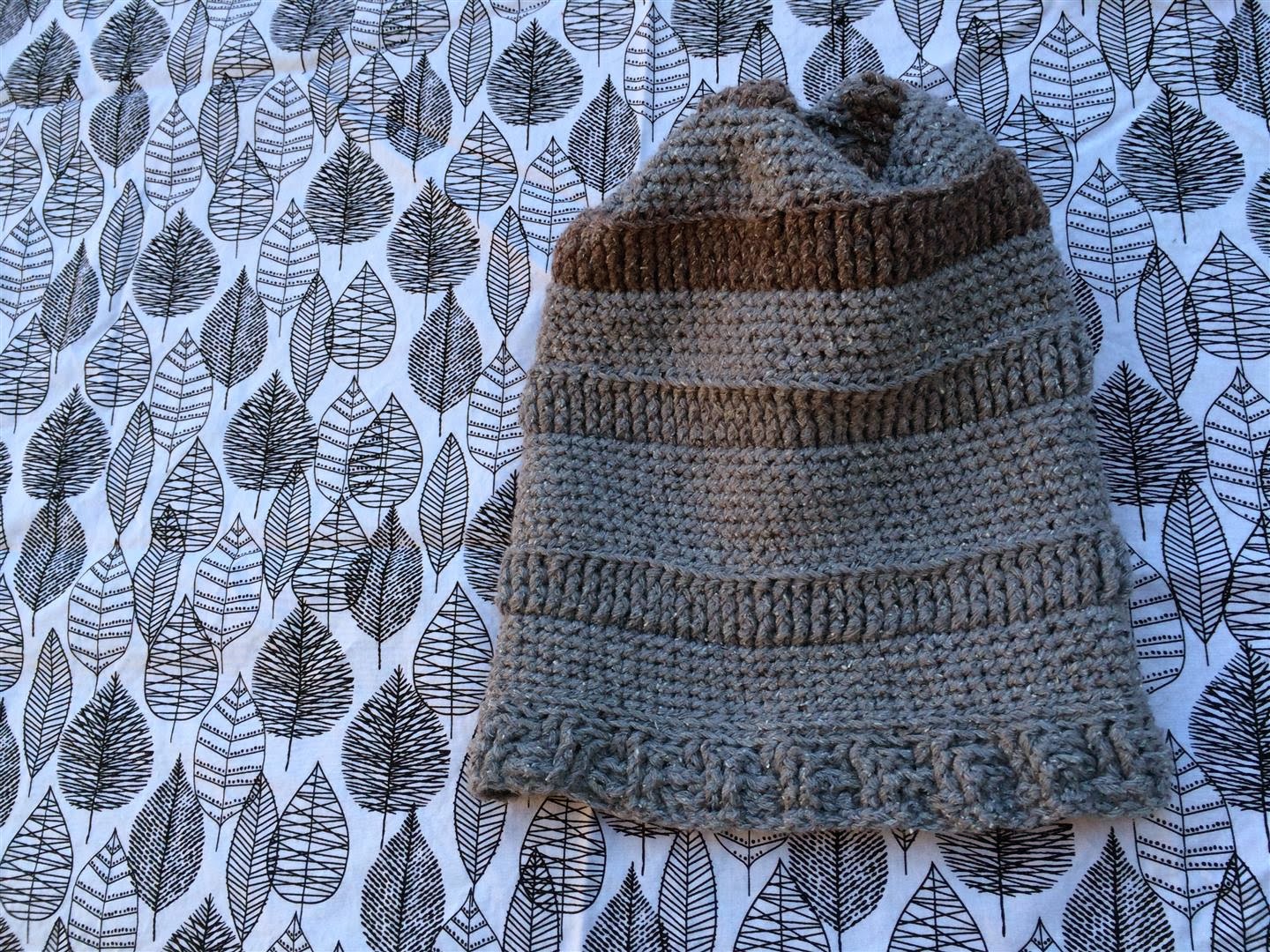 This is a lovely new pattern from
Delia 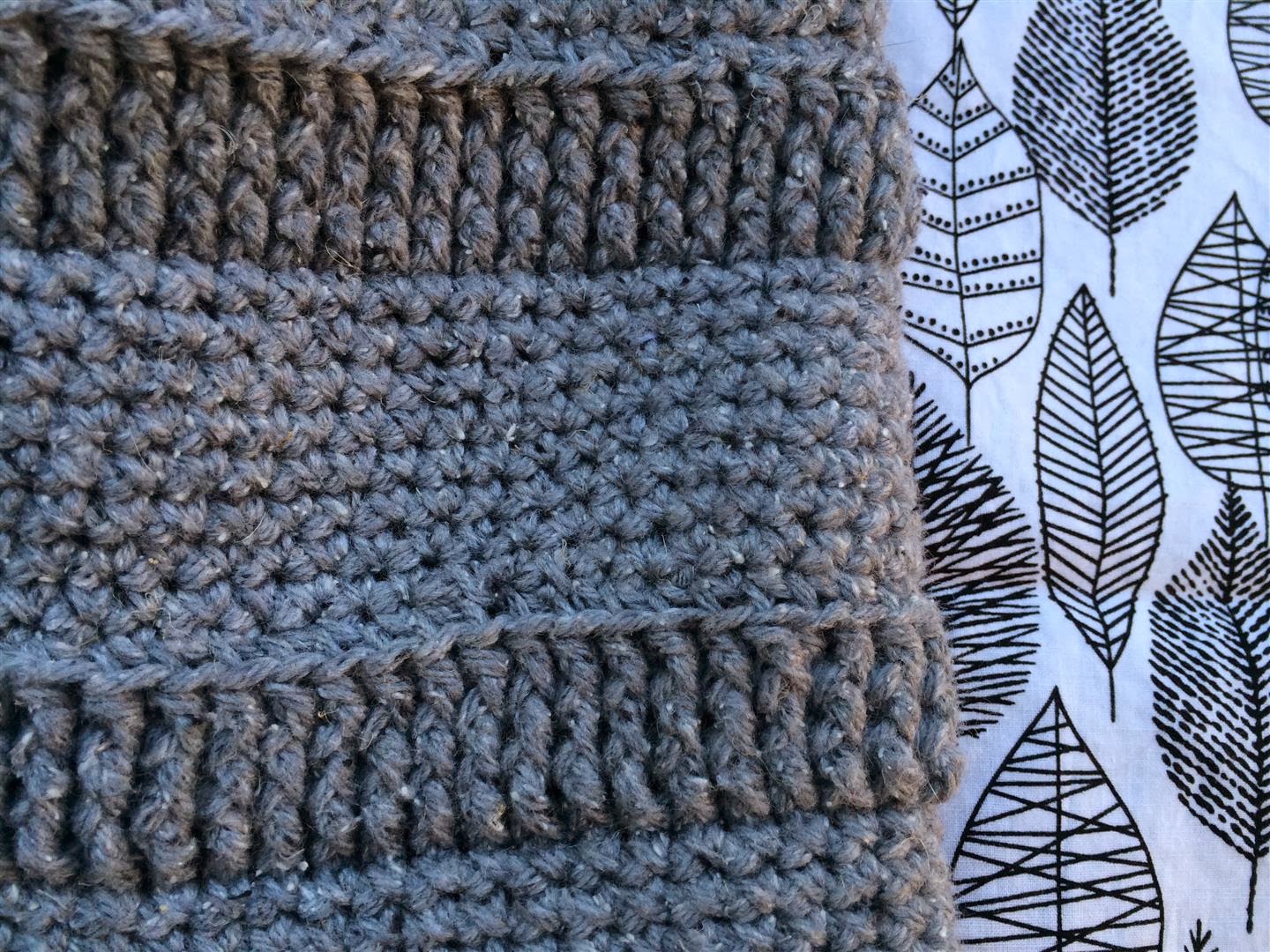 And though it's very sweet,
it's a little too small for me.
(I made the adult small,
over correcting for my giant
Dumb Donald large hats) 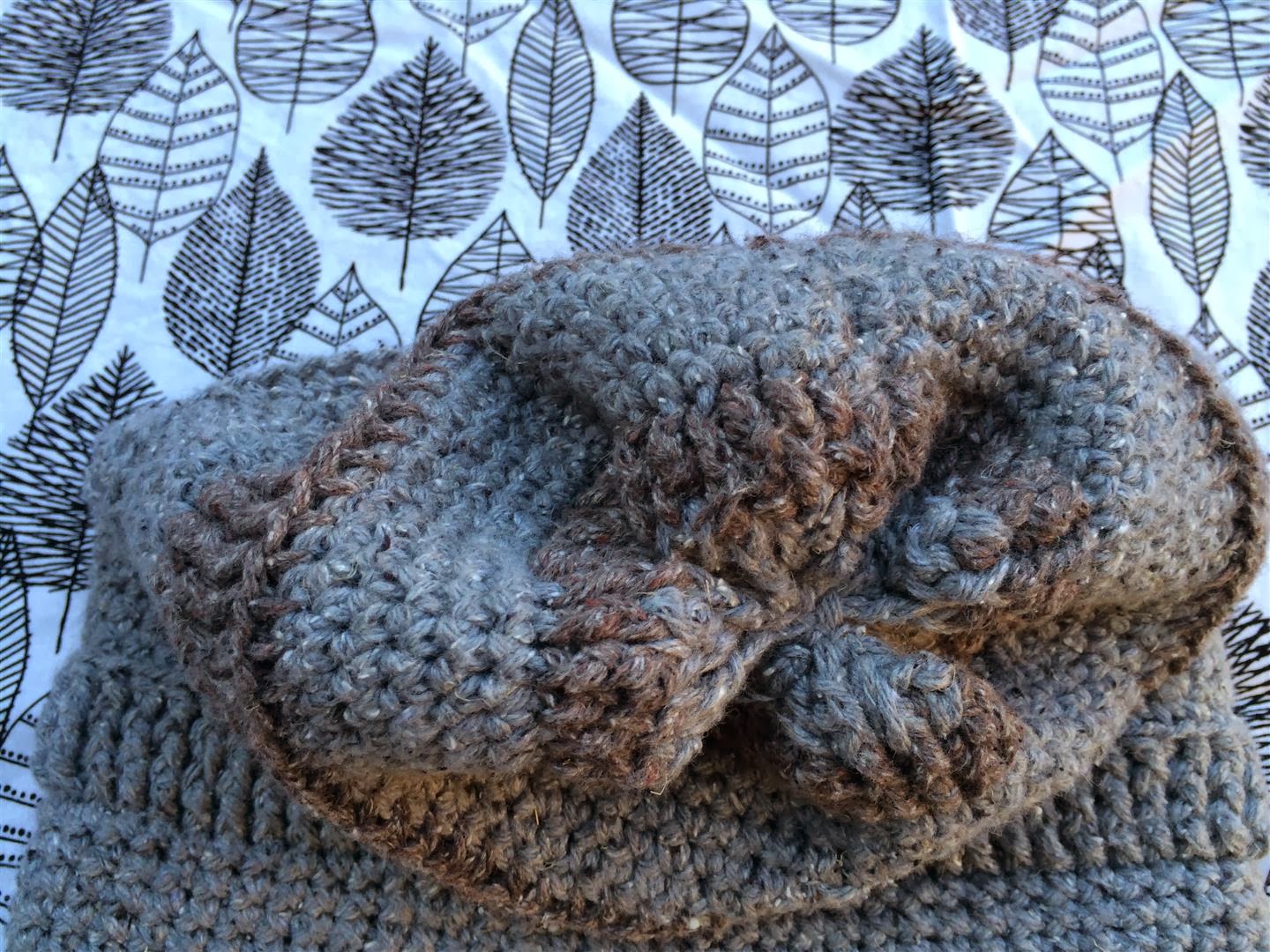 It looks so much prettier on Pu. 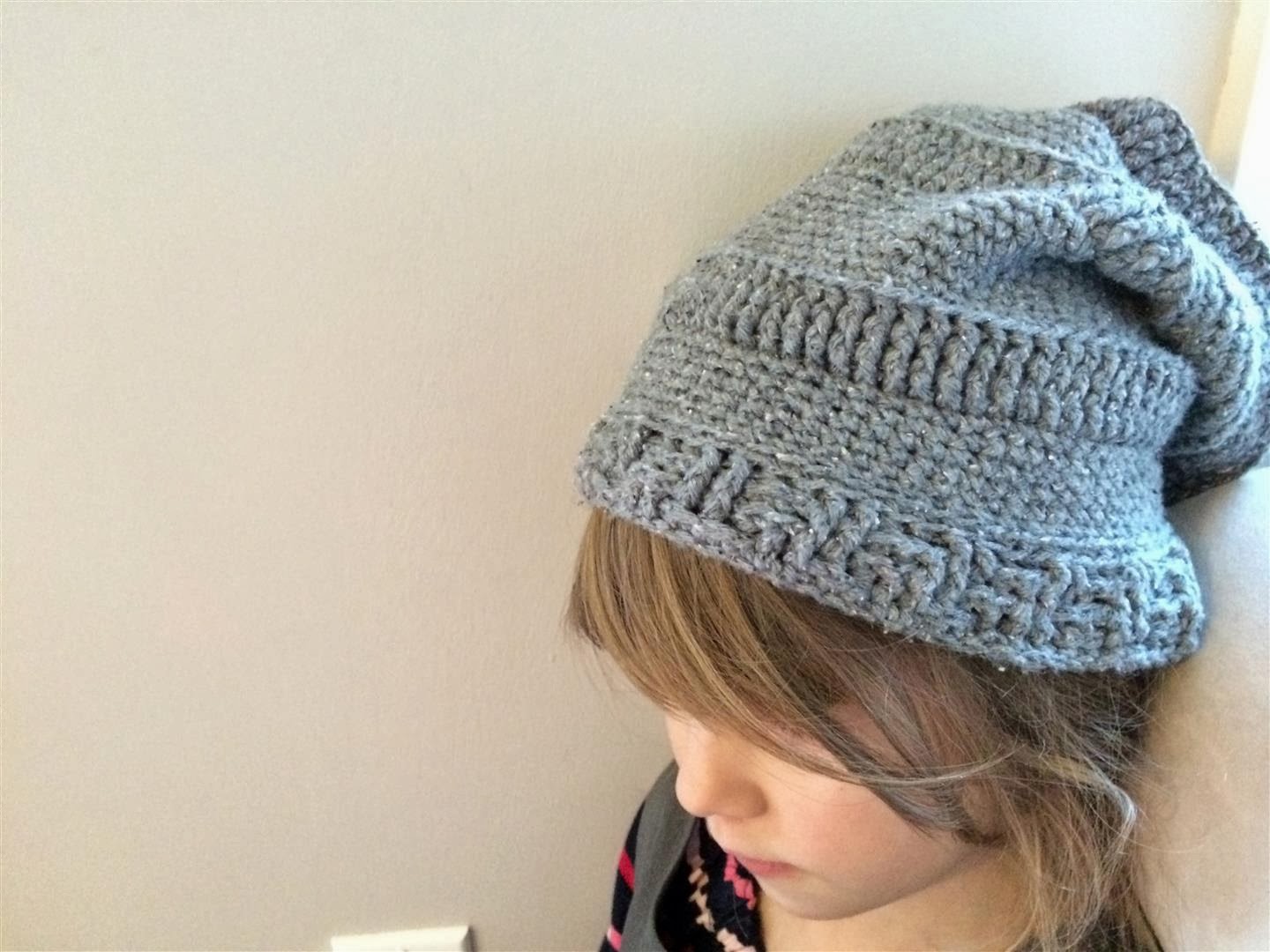 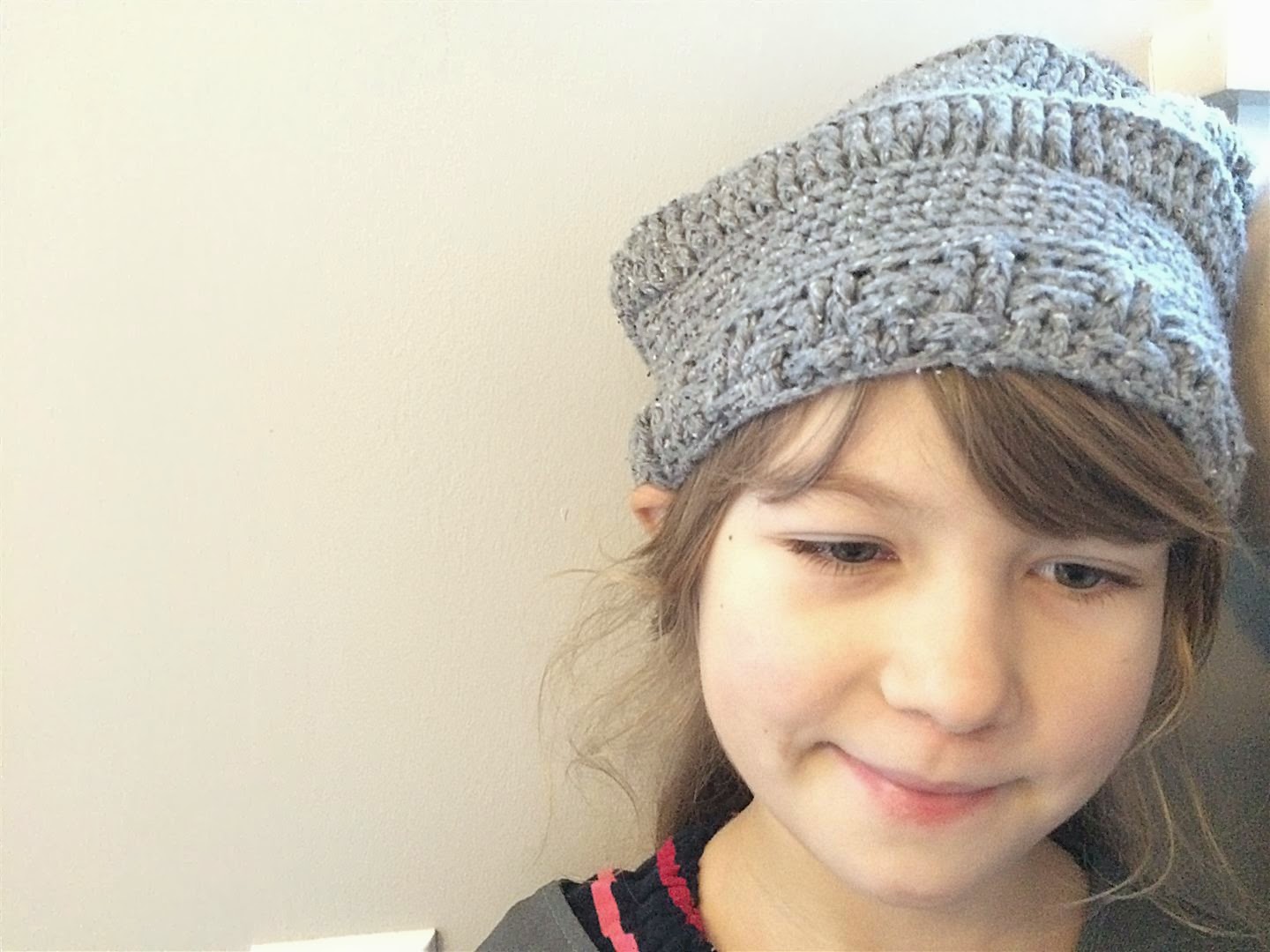 and it didn't make the cut.
I guess I could make another one a size larger
for my medium sized head. 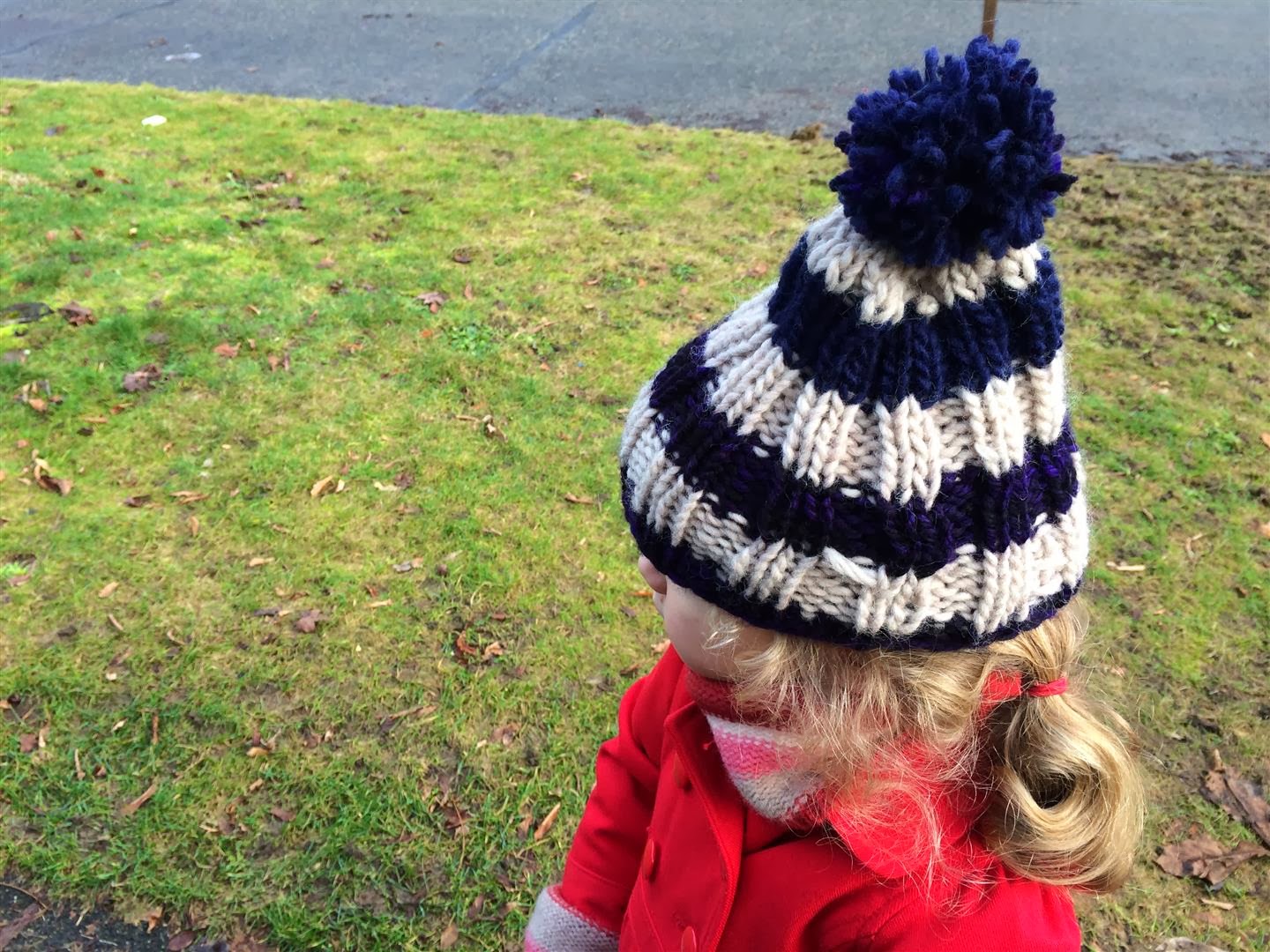 But these chunky yarn babies just knit up
so quickly. 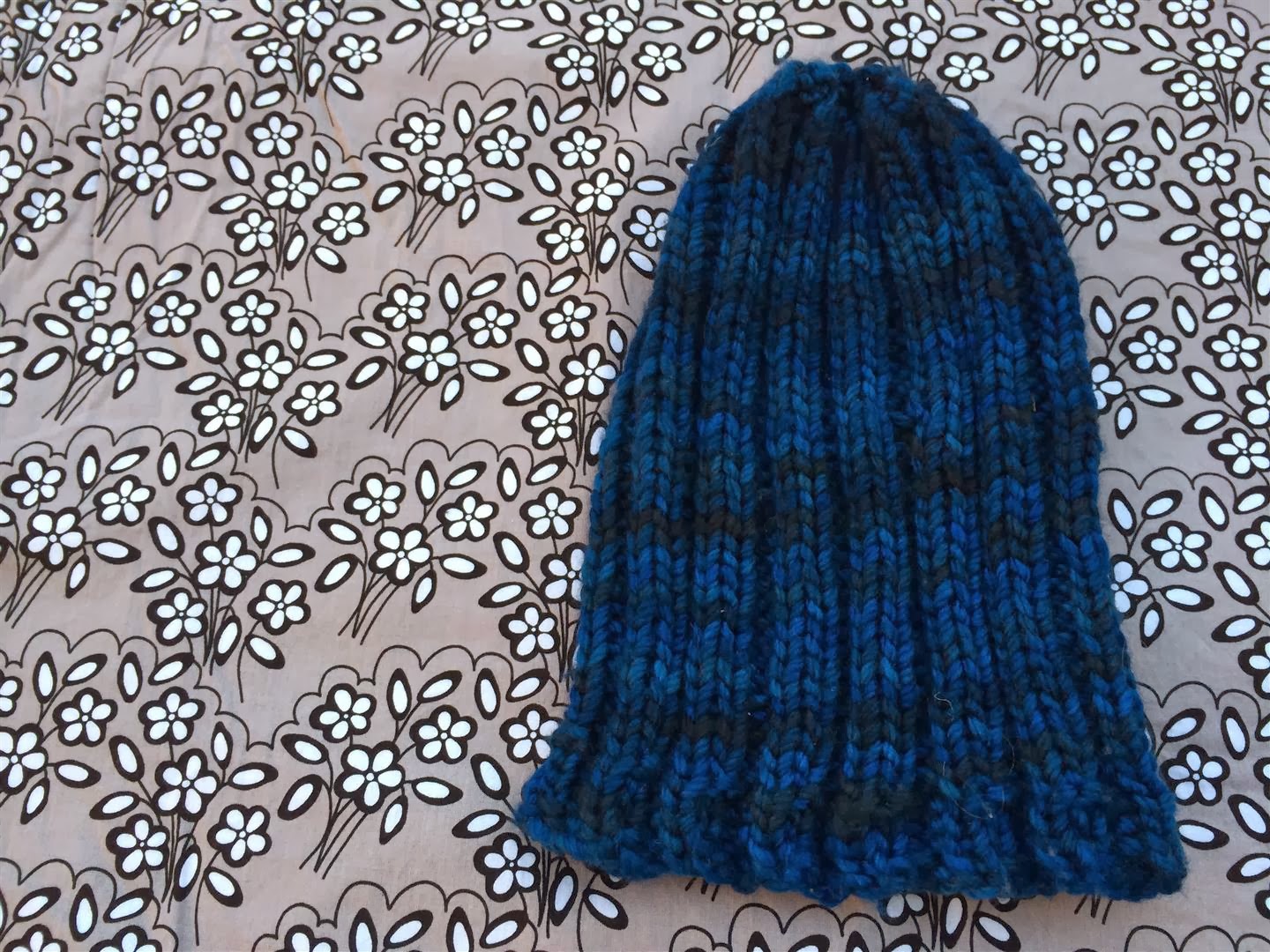 Who knew Dumb Donald was my kind of Fashionista.
And my TV watching, knit/ crochet obsession
is admittedly in total overdrive. 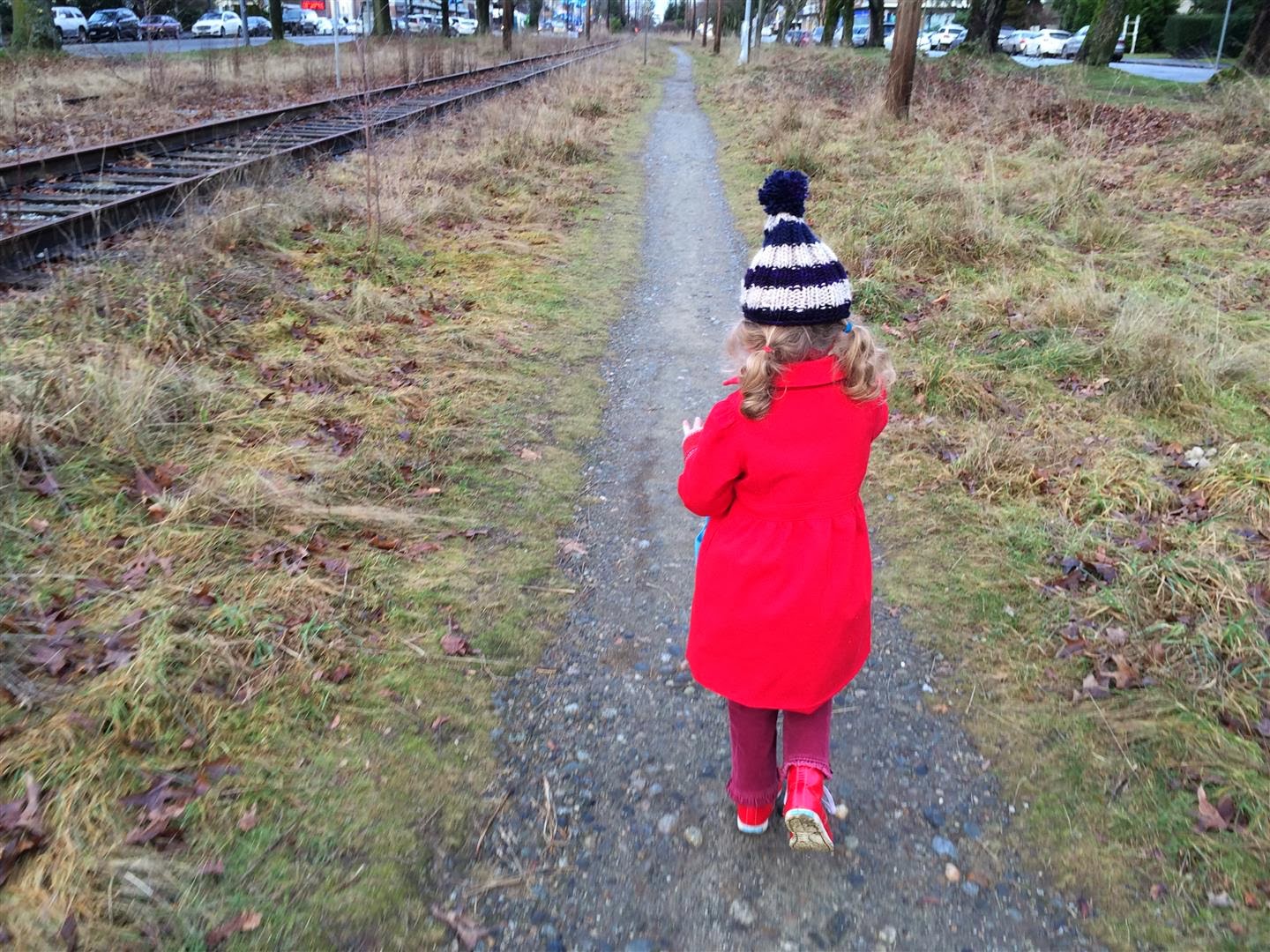 Off to wipe a nose and cast on something.
﻿
Posted by MacGyver's Lovechild at 5:12 PM